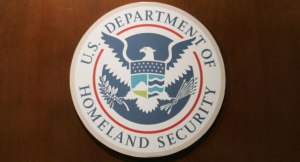 In the email sent to a blogger, Trowbridge describes how Christians and so-called sovereign citizens are actively demonized by the government and troopers are trained to consider them dangerous, even terrorists.

The letter was also posted on the Red Statements website on April 5.

Infowars.com has documented how the DHS works hand-in-hand with the Southern Poverty Law Center and the Anti-Defamation League, two organizations that specialize in churning out propaganda designed to demonize and marginalize patriot and constitutional groups.

DHS boss Janet Napolitano showered kudos on the ADL during a conference held in early 2009. “In recent years, the Department has placed our employees in your advanced training school to educate us on the tactics used by extremists and terrorists,” Napolitano told conferees.

In March, the Southern Poverty Law Center sent a letter to Attorney General Eric Holder and Department of Homeland Security Secretary Janet Napolitano urging the federal government to establish a task force to investigate the supposed domestic terror threat posed by the likes of Alex Jones, We Are Change, Oath Keepers, the Constitution Party, the Tyranny Response Team and thousands of other Americans who dare question the government.

According to Undersheriff Ron Trowbridge’s email, the DHS-funded Colorado Information Analysis Center training session not only told troopers Christians pose a threat to law enforcement, but also asked if they would confiscate firearms if ordered to do so. Read more via Infowars…