On Sunday evening, July 6th, I (Nancy) skyped Robbert v/d Broeke because of a feeling I had that another crop circle was coming in Holland. Robbert said he also felt something was coming and both of us remarked on the fact that we were feeling extremely tired, something we’ve both noticed increasingly in the last few years when new circles are “getting ready” to appear near Robbert. Then, on the evening of Monday July 7th we were again on Skype for awhile when, at 12:05 am East Coast U.S. time (6:05 am July 7th, Robbert’s time) Roibbert looked up toward the ceiling of his apartment and suddenly said he had a feeling in his stomach and heart and “saw” a “blueprint” of a new formation—an “8” (Robbert called it the number “eight,” although it could also possibly represent an infinity symbol)–which was coming in a crop circle very soon. I asked him to draw me what he “saw” and he did, and held up a sketch of an “8” to the Skype camera so I could see it.

Then on Tuesday, July 8th at 4:53pm U.S. time (nearly 11:00pm Robbert’s time) while again on Skype, Robbert again looked up toward the ceiling several times and all of a sudden got a certain look on his face that I’ve seen many times…saying then he felt a “very massive” energy around him and that the crop circle was happening immediately. I heard him say “Roosendaal” (a fairly distant town)…and then said some other Dutch village name I didn’t catch…and then said he had to go and call Roy right away, hoping Roy would not yet be in bed so he could drive Robbert to find the new circle. The last thing he said before hanging up was “it sounds strange…but it feels exactly like a baby is coming.”

By the time Roy arrived (and I suspect the crop circle had already formed) Robbert felt the place they had to drive was in-between the villages of Hoeven, Oudenbosch and Standdaarbuiten (all very close together), instead of Roosendaal. When they got to the right area Robbert “saw” (in his mind’s eye, not visually) a white, luminescent “aura” over one of the fields and they stopped the car & walked to this field. As they went down the tram-lines and then found the formation Robbert felt a huge amount of “activity” in the air over the field–that there were many “helpers” and “light beings” present.

Just as he had foreseen, the formation is a beautiful “8” with some amazing “lay” details. The wheat is laid very flat to the ground throughout, with two approximately 20 cm.-wide flat paths coming out of both of the “8” circles….and a very thin, 30 cm.-wide flattened ring around the whole formation.

It had been raining steadily for several days and was also very hot, and the ground was wet and very muddy. But the rain had stopped enough by the time Robbert and Roy arrived so they were able to carefully pick they way along the tram-lines and could see, that even thought their boots were covered with mud, there was no mud at all in the new formation. Robbert heard the crackling “zzzzz” sound in this circle and felt the “electric feeling” was so intense the hair on his arms was standing up (as occurs when there is an electrostatic charge present). He also reported that in a few parts of the formation, if he stood there too long, he began to feel he might “go knock out” and had to quickly move.

Apparently the energies involved in this circle were extremely intense and Robbert and Roy both thought the “lay” looked unusual—very flat and more “mechanical” than is typical of most circles that occur near Robbert.

Finally Robbert tells me he got some “messages” in this formation. He said he clearly “heard” that those of us around the world who continue to work to bring the truth about the crop circles being a genuine unexplained phenomenon to the larger public are much loved by the non-human “energies” which create the real circles, and that those of us doing this are “making history.” And he told me he also got a specific “thank you” for me….that “they” thanked me and were “happy” I continue to do my part. I hesitate to recount this because I know some people will either think Robbert tells me this because he is, himself, grateful for my help…or that I report this only to “toot my own horn.” But I have come to a decision….perhaps it was when in February I “sent” the heart to Robbert in Holland (http://www.bltresearch.com/robbert/PsychicHeartPhoto.pdf )…that I am through trying to be “politically correct” at the expense of the phenomenon itself. Something way beyond what we ordinary souls understand is going on…and it’s past time for honest, smart people to “pony up.”

UNFORTUNATELY THE FARMER IN THIS CASE IS ADAMANT THAT NO VISITORS WILL BE ALLOWED TO ENTER HIS FIELD….PLEASE TAKE THIS FARMER’S WISHES SERIOUSLY.

For additional photos of this and other Dutch crop circles, see Robbert’s Crop Circle Archive:-
http://www.robbertvandenbroeke.nl/graancirkelarchief

For more info (in English) about the anomalous phenomena occurring around Robbert for the last 20 years, see individual reports listed below the introduction on his BLT page: http://www.bltresearch.com/robbert.php.
Nancy Talbott 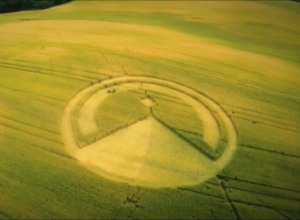 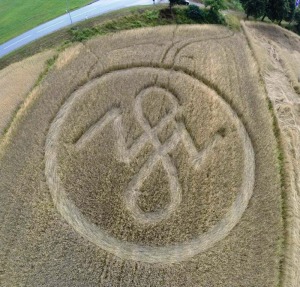 New crop circle today at Elchilhampton, Wiltshire. Farmer has kindly allowed permission for people to visit. More pictures and details of where to go will be available on the website soon.