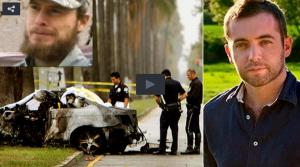 At the time Rolling Stone reporter Michael Hastings was killed under suspicious circumstances, he had recently written a huge exposé on Bowe Bergdahl, revealing that he had deserted his unit and actively sought out the Taliban. Hastings had also revealed Bergdahl’s anti-American sentiments, publishing the emails to his father that so shocked America: “I am ashamed to be an American…The horror that is America is disgusting.”

This revelation actually came in July of 2012, when Hastings published a ten-thousand word article on Bergdahl, in which he had traveled to Afghanistan to speak to his former platoon mates, the soldiers violating their gag order to speak to Hastings anonymously. Hastings had also visited Bergdahl’s parents in Idaho, where he presumably obtained the emails. When we saw Obama pawing Bowe Bergdahl’s mother and hugging his father last week in the White House Rose Garden, this wasn’t how he was treating them in 2012. The Obama administration in 2012 had “encouraged” his parents to keep their mouths shut. The father, Robert Bergdahl, had gone on a very public crusade, criticizing the Obama administration for killing Afghanistan civilians, and had even said that one of the Taliban captors of his son had had his child murdered by a CIA drone—mirroring events in the popular Showtime series “Homeland”. This was stated at a very public GOP fundraising event in 2010 hosted by former RNC head Michael Steele. Robert Bergdahl had also just posted a video on YouTube, where he appealed directly to this son’s captors, stating: “…We must also thank those who have cared for our son for almost two years…We have wept that God may show his beneficence, his mercy and that his peace may come upon the people of Pakistan. As-salamu alaykum [peace be upon you].”

After this, the Obama administration actively sought to keep the lid on Robert Bergdahl and Michael Hastings’ reporting of Bowe Bergdahl, as secret FBI documents now reveal.

A 22-page secret FBI report dated June 11, 2012, obtained by investigative reporter Jason Leopold, shows that both Hastings and former Afghanistan war veteran and co-writer Matt Farwell were under an intense FBI investigation in early 2012. The document is highly redacted; but it appears Hastings and Farwell were under direct FBI surveillance, including when they met with Bowe Bergdahl’s parents in 2012.

Keep in mind, at the time of Hastings’ death, the FBI had denied they had ever investigated Hastings, despite Hastings sending out a frantic email hours before his death with the subject line: “FBI Investigation,” stating that he was being investigated. Also included in the body of the email was a reference to a “big story” he was working on. This “big story” turned out not to be about Bergdahl, but an investigation of then-terrorism czar—now CIA head—John Brennan, per Hastings’ widow. After Hastings’ death, all of his notes and documents on Brennan were suppressed—and this “big story” never appeared in Rolling Stone.

The Obama administration had also been successful at suppressing the fact that Bowe Bergdahl was essentially a traitor and that his father was not far behind. Bowe Bergdahl’s father, Robert Bergdahl, has been tweeting out a stream of anti-American propaganda for months. Three days before his son was released,Robert Bergdahl called for all Guantanamo Bay prisoners to be released, not just the five Taliban generals Obama ended up trading for a traitor. When social media grabbed the tail of the Bergdahl beast last week—exposing the Bergdahl father and son treachery—the Bowe Bergdahl beast could not be stopped by the Obama spin machine.

And it may be the Brennan beast may also rear its ugly head.

According to the book Benghazi: The Definitive Report, John Brennan runs the secret black ops army JSOC (Joint Special Operations Command)—that operates with zero oversight—outside the purview of Congress, the Courts and even the Pentagon—essentially giving Brennan more power than the President of the United States! One of JSOC’s major functions is to make sure weapons are flowing unhindered to rebel groups worldwide that are on the side of the United States—including the al-Qaeda-linked rebels in Syria. At the time of the attack on the Benghazi consulate on September 11, 2012, JSOC and the CIA were housing a huge cache of weapons at the secret CIA base near the consulate, which also later came under attack. Per the book Benghazi: The Definitive Report, this is the reason why Barack Obama could not send help to Americans under attack in Benghazi and later blamed a “protest turned violent” over an obscure internet video. JSOC’s transfer of weapons to the rebels in Syria at the time was illegal, and sending in the cavalry to save Americans would have exposed Brennan’s illegal operation.

But funneling weapons to al-Qaeda-linked rebels is a secondary function of Brennan’s JSOC. Their primary mission is to kill and/or capture anyone—worldwide.

Whether that includes Americans is a guarded secret. And whether Michael Hastings was someone who needed to be killed because of bad press on Bergdahl, or for some other big story he was working on—i.e., exposing Brennan’s illegal activities—is also an unanswered question.

← Money Confiscation And Martial Law Unavoidable In US At This Point
How to Survive Martial Law! – DETAILED GUIDE! →