Say goodbye to Satan’s corrupt world and await something unblemished. Don’t foolishly hold on to it or look back yearning for it like Lot’s wife did. Make a clean break, because everything you see on this planet will be burned away like melting wax. Satan cannot fix things. He will only add to the heartache of dying mankind.

ARGENTINA – The sheep die unable to find food and when they can the volcanic ash mix turns into a toxic grind for the animal. “We estimate over half a million sheep have been lost because of the ashes which continue to be spewed by the volcano” said Ernesto Siguero president of the Chubut Rural Society. Chile’s Puyehue-Cordón Caulle volcano continues to erupt. Ashes also weigh on the sheep’s wool making it harder to move around with the extra burden and ‘once they sit it’s hard for them to stand up’. Likewise the continued ash in the air harms livestock’s sight. But people living in the area are also suffering the consequences of the ashes in their daily lives. The constant ash blocks chimneys, gets into the water pipes, covers with dust light bulbs and when it’s windy, drivers guide themselves by the culverts because of the almost zero visibility. In some areas the volcanic ash has accumulated almost a metre high making it even difficult for the 4 by 4 to vehicles to move around. But even more damaging is in those areas populated mostly by small farmers, on average 300 sheep: they have lost all chances of recovering unless they receive outside support, points out Siguero. The Argentina government has distributed food stamps in some areas but “we also need to save the livestock left” says Siguero. President Cristina Fernandez was last week in Chubut to open Argentina’s largest wind power farm and was given a petition letter by neighbors from rural areas. “We want you to know that the ash problem in Chubut is not a feeling. The whole Chubut plateau is covered with ash forcing farmers to advance shearing, but it’s kind of complicated, shearing scissors get stuck with the ash and wool is virtually worthless.” –Merco Press

Africa – Satellite images suggest that a restive east African volcano is continuing to simmer — after erupting in more spectacular fashion earlier this summer — in an isolated region where eyewitness accounts are few and far between. The Nabro Volcano, which lies near the border of Ethiopia and Eritrea, has been erupting since the middle of June. The new images indicate lava is flowing from the 7,280-foot (2,218-meter) peak, which is the tallest of several volcanoes in the region. Just months ago, Nabro rumbled to life for the first time in recorded history. The mountain spewed forth a thick plume of ash, disrupting air travel, and sent rivers of lava running down its sides. The eruption killed seven people and affected thousands more, according to the Eritrean government. –Our Amazing Planet

Italy – Plumes of ash and molten rock shot into the sky on Wednesday night as the volcano burst into life for the fifteenth time this year. Nearby Catania airport is often forced to close due to the clouds of ash spewed into the air by an eruption but strong winds prevented the ash from causing any disruption this time around. The spate of recent activity at Etna, Europe’s tallest and most active volcano, has sparked concerns that a bigger eruption may be on the horizon. –Telegraph 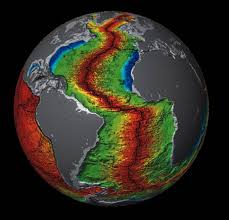 Baptism by Fire: The volcanic eruptions of 2011 have been notable because they signal a shift in the geological direction of the planet- tilting the Earth towards the spectrum of fire and the ensuing catastrophic upheaval that is destined to alter and, in some cases, reshape land masses. Not only are more volcanoes awakening from dormancy; it also appears the eruptions have become more kinetic and the volcanoes are staying active longer than what we’re typically accustomed to seeing. Unrest at Iceland’s Katla volcano, which began with a small sub-glacial eruption over the summer, has continued into the fall with two more reported tremors rattling the icy summit just over the weekend. Heightened unrest has also been seen this year at Hawaii’s Kilauea volcano, Japan’s Sakurajima volcano at the Aira caldera, Alaska’s Mount Cleveland volcano and the rocky volcanic summits of Kamchatka, Russia. According to geologists, the 10,000 earthquake swarm on the German-Czech border of August-September 2011 has been attributed to the movement of magma. This month, scientists also discovered a reservoir of 3,000 cubic kilometers under the eastern horn of Africa that is expediting the tearing of the continent. Even El Hierro is now stirring in the Canary Islands after 218 years of dormancy. The number of earthquakes recorded since July 17 on the smallest of the Canary Islands exceeded 9250 on October 3, 2011.  –The Extinction Protocol