Yahweh has shown how easily She can move across Japan with devastation, Everything destroyed in Her path. What good were those vehicles washed away by the sea, or the family pics and households with their goods washed away in an instant? The secondary path of destruction came from mankind’s misuse of raw products. Causing radiation to fill the seas. Causing it to come down in your rain. And now, that and other detonations around this globe and its interior have completely poisoned the earth. Is Yahweh angry? YES – Very angry.

Satan cannot fix things. He will only add to the heartache of dying mankind. 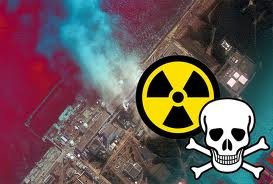 The cost of decontamination work and the disposal of rubble tainted with radioactive materials from the Fukushima No. 1 Nuclear Power Plant is expected to top 1 trillion yen, the Environment Ministry disclosed on Sept. 29.

Based on its projections, the ministry will seek 453.6 billion yen in related expenses in its fiscal 2012 budget request. The costs do not include the main

tenance of interim storage facilities for contaminated soil and waste, or measures to treat areas with highly concentrated radiation, and officials say it is possible that in the future costs could run several trillion yen higher.

In addition to the request for the fiscal 2012 budget, the ministry plans to seek 245.9 billion yen in funding in the third supplementary budget for fiscal 2011. – Mainichi Daily News

← Bank of America Site Crashes, Day After $5 Debit Fee Rule
Cracks in the ground ignite fears of a landslide in San Pedro, CA →