Woman sues state over mandatory ‘mark of the beast’ 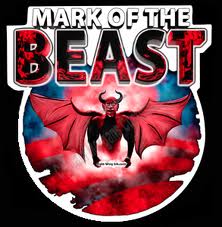 An Oklahoma requirement that driver’s license applicants submit to “biometric” digital photographs – which are “stored and shared” without the applicant’s knowledge – is a violation of religious rights, charges a lawsuit filed against the state’s Department of Public Safety and several individuals.

The state has told the plaintiff, Kaye Beach, that she must submit to the biometric requirement to obtain a license in the state, and there is no exemption based on religious beliefs.

The lawsuit contends the requirement, however, violates the Oklahoma Constitution because it “substantially” burdens Beach’s free exercise of religion and does not accommodate her sincerely held religious beliefs.

The case seeks a ruling that “in order to comply with the Oklahoma Religious Freedom Act, the state must provide an accommodation to Ms. Beach … which allows her to submit a low-resolution non-biometric facial photograph in order to obtain a driver’s license.”

“Whether a biometric ID card in the form of a driver’s license or other government-issued form of identification is the mark of the Beast or merely the long arm of Big Brother, the outcome remains the same – ultimate control by the government,” said John W. Whitehead, president of The Rutherford Institute,which is handling the case.

“As Kaye Beach’s case makes clear, failing to have a biometric card can render you a non-person for all intents and purposes, with your ability to work, travel, buy, sell, access health care, and so on jeopardized,” he said.

In March, Beach applied to renew her driver’s license with the Department of Public Safety, the organization reported. Upon learning that the biometric photographs used by DPS are stored in a database that is managed and accessed by international organizations, Beach repeatedly voiced her religious objection to the practice and asked to be allowed to use a low-resolution photograph for her license. Beach subscribes to the Christian belief, detailed in the Bible’s book of Revelation, that Christians must not participate in a global numbering identification system.

Rev. 13:16-18 and 14:9-11 “explicitly commands believers to not participate in a global numbering identification system using the number of man, and eternally condemns participation in that system,” the lawsuit contends.

Officials with the state agency declined to respond to a WND request for comment.

The institute’s report said Beach met all of the other requirements for a license and was deprived of that opportunity – “including the ability to acquire prescription medications, use her debit card, rent a hotel room or obtain a post office box” – only because of the state’s refusal to provide a religious accommodation. – WND

All will be forced to accept the use of the coming mark, or will not survive. If you choose the latter, that is your choice, but those that do so with faith in Yahweh and Christ, they will not be condemned any more for choosing survival over making use of Satan’s products today and hold that same faith. Common sense in all things.

Citing identity thefts will be the reason they use for making it unlawful to not have the chip implanted as they implement the mark of the Beast. Those that refuse in the beginning will be denied the essentials of life. Not only the purchase of necessities, but medical and drivers license, etc. You cannot survive on this plane of existence without complying. Eventually, resistance will carry the penalty of death. The present oxygen you breathe belongs to Satan, because he continues as the ruler of this dying world, so fear not a mere computer chip under your skin. Just as this foul oxygen will be done away with for that which is pure, you who, survive, you will also be purified of all things forced upon you by Satan.