Recent UFO Sightings from Around the World 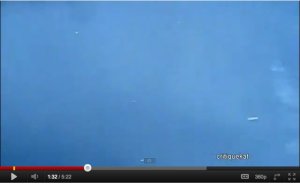 crazyness!! thru and thru.

Get a load of this Chicago sports news article:
‘Long, weird day for Irish’

” At kickoff, the heat index at Notre Dame Stadium was 98 degrees. And that was the least oppressive part of the weather Saturday.

“I’m from California. They don’t have thunder and all that other crap,” said running back Cierre Wood when asked if he had ever experienced anything like Saturday’s atmospheric shenanigans.

The delay at halftime was the worst, lasting two hours and 10 minutes as lightning struck all around Notre Dame’s campus. That meant each side had to deal with about 120 minutes of downtime before taking the field for a warmups.

Uploaded by extraterrestrialleak on Sep 4, 2011

A series of lights in the sky caught several people who were on an activity weekend in the area of ​​Moravia.

One of the attendants took out his camera and recorded the strange event, which was raised last Saturday minutes before 8:00 pm.

Agents of the Judicial Investigation (IOJ), physicians and others were at a party Platanares Moravia, when they were surprised by the lights.

According to attendees at first thought they were helicopters, but ruled out calling the airport control tower Pavas Tobias Bolanos.

The phenomenon lasted 5 to 10 minutes which accounted for about 20 lights that moved from east to west, the light was intermittent and sometimes turning.

Telenoticias brought the video to Astua Alexis who is dedicated to discuss the UFO phenomenon, he observed and gave it credibility.

The group noted the event of lights in the sky was made ​​by at least 10 people.
According Astua in recent weeks also received information from Limon, where they saw this strange event.

Now the video will be subjected to further analysis and field research to try to determine what it is, while people who attended the event still wonder whether they were UFOs. 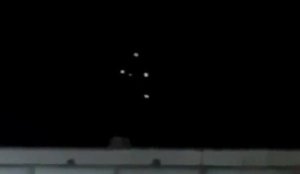 Recently, Satan met with the Bilderberg Group and warned them to evacuate the International Space Station as well as the covert posts occupied in other areas of outer space.

Whether anyone on earth realizes it or not, this group (Bilderberg Group) under the head of Satan’s advice are the true authority over this planet.

They will push for the international currency to shore up failing nations, and will be instrumental in bringing prophecy to bear concerning the mark of the beast. One world of people under a one world government. But some nations will oppose this rule, and world war will culminate right up to the time the LOZ are summoned to administer the wrath of our Creator.