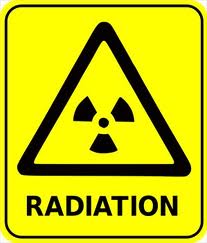 The administration suggested that government agencies intensify radiation testing of marine products from the targeted waters to protect public health in China.

According to the statement, the levels of strontium-90, a radioactive isotope of strontium, found in squids are 29 times higher than the average background level of samples taken from China’s coastal waters.

This indicates that these waters have been clearly affected by radioactive material that leaked from the crippled nuclear power plant in Fukushima during the massive earthquake and tsunami disaster on March 11, the statement said.

The samples were also found to contain argentum-110m and cesium-134, which are normally difficult to detect in biological samples from China’s coastal waters, the statement said.

The administration sent professional personnel to these waters in June to monitor the impact of the nuclear crisis at the Fukushima Daiichi nuclear power plant, as well as its impact on China’s territorial waters.

During their 18-day voyage ending on July 4, the monitoring team collected air, water and biological samples from the target areas.

Radioactive cesium-137 and strontium-90 have been detected in all water samples while cesium-134 has been found in 94 percent of the samples, the statement said.

The highest amounts of cesium-137 and strontium-90 in the samples were 300 times and 10 times, respectively, the amount of natural background radiation in China’s territorial waters. – China Daily

The ocean will give its testimony soon about the radiated water as it moves through the currents and affects the sea life.

The domino effect of the collapse of the natural world causes calamities in perhaps for us the least expected of ways, but it is all a part of Yahweh’s plan in bringing judgment upon mankind.