TEPCO says it has lost contact with 143 nuclear plant workers 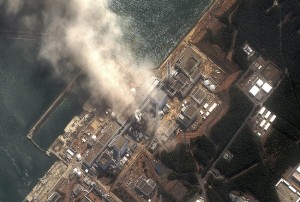 Tokyo Electric Power Co (TEPCO) said Thursday that it has not been able to locate 143 individuals working to restore the Fukushima Daiichi nuclear power plant since May. The utility said it has no idea if the 143 have been exposed to radiation and to what level.

According to a report from TEPCO given to the Ministry of Health, Labor and Welfare, TEPCO hired many of the workers through subcontractors from all over Japan for limited periods and kept no records of their addresses. On any given day, TEPCO said it has had up to 1,000 workers on rotating schedules at the stricken power plant.

Asahi Geino reported in May that subcontractors were hiring day laborers to work at the plant. The daily remuneration was three times that of regular day jobs if within the grounds of the reactor complex, and 1.5 times higher if within the wider area now restricted due to high radioactivity.

While safety measures are in place to keep workers’ daily exposure to radiation within safe levels, claims for compensation due to sickness from overexposure are unlikely to be paid out, the magazine reported. – Japan Today

All things, including headlines, spoken words, numbers, sounds – regardless of what makes them, they are all part of the puzzle that brings forth the answers to what is happening. As an example, Reactor 3’s failure in Japan signifies Yahweh’s unified effort of the LOZ to continue the dead zone of Japan. Everything presently going on in the visible material realm is an intricate piece of the puzzle that ties in and fits in to what is the over all picture of the rise and fall of Dawn Lucifer Satan the Devil’s adventures over the last 6000 years of his rule.