Data Shows All of Earth’s Systems in Rapid Decline 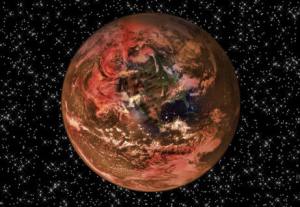 UXBRIDGE, Canada, Jul 29, 2011 (IPS) – Protecting bits of nature here and there will not prevent humanity from losing our life support system. Even if areas dedicated to conserving plants, animals, and other species that provide Earth’s life support system increased tenfold, it would not be enough without dealing with the big issues of the 21st century: population, overconsumption and inefficient resource use.

Without dealing with those big issues, humanity will need 27 planet Earths by 2050, a new study estimates.

But impressive as those numbers look, all indicators reveal species going extinct faster than ever before, despite all the additions of new parks, reserves and other conservation measures, according to the study published in the journal Marine Ecology Progress Series.

“It is amazing to me that we haven’t dealt with this failure of protected areas to slow biodiversity losses,” said lead author Camilo Mora of University of Hawaii at Manoa.

“We were surprised the evidence from the past 30 years was so clear,” Mora told IPS.

“Ongoing biodiversity loss and its consequences for humanity’s welfare are of great concern and have prompted strong calls for expanding the use of protected areas as a remedy,” said co-author Peter Sale, a marine biologist and assistant director of the United Nations University’s Institute for Water, Environment and Health.

“Protected areas are a false hope in terms of preventing the loss of biodiversity,” Sale told IPS.

The authors based their study on existing literature and global data on human threats and biodiversity loss.

When asked about the 2010 global biodiversity protection agreement in Nagoya, Japan to put 17 percent of land and 10 percent of oceans on the planet under protection by 2020, Sale said it was “very unlikely those targets will be reached” due to conflicts between growing needs for food and other resources.

“Even if those targets were achieved, it is not going to stop the decline in biodiversity,” he said. – IPS

For those that do not know Yahweh, they feel She is a bloody and vengeful God that shows no mercy to past nations that Israel destroyed in its quest for the Promised Land. But Father is the final judge over Her creative works, and She has ordained warfare to reveal that She will do what is necessary to bring peace and harmony to Her creation. FEAR is the Key to understanding Father. Without fear laws are broken and lives are lost. Harmony burns in a blazing fire.

Deuteronomy 5:29 “If only they had such a heart to fear Me and keep all My commands, so that they and their children will prosper forever.”

Fear of Father is to know that She holds the power over eternal life or eternal death. We should all endeavor to understand Father’s mind-set. Eternal life depends on our understanding of Father and what She expects from all of us.