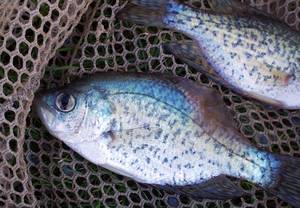 Below is a collection of just some of the news articles from the past days and weeks that report the continued decline in sea-life:

SURAT\VAPI: In another incident of similar nature in the last couple of months, large number of fish was found dead at the spot where river fresh water meets sea – at least three spots in Valsad district of south Gujarat in the last two days. Source

Dead fish in San Tan Heights due to natural causes

A citizen reported several dead fish in the San Tan Heights pond earlier this month, and according to a resident of the community close to the HOA, the fish deaths were a natural occurrence. Resident John Wolkiewicz posted a photo on Facebook of two dead fish that had surfaced at the lip of the fountain pond at the San Tan Heights residential community located at Mountain Vista and Hunt Highway in San Tan Valley. Source

DU BAY, Wis. (WSAU) – A fish virus has caused a large kill on Lake DuBay and the Stevens Point flowage that is under investigation by the state Department of Natural Resources.

The DNR first learned of the fish kill on Lake DuBay on April 25.  They determined that a virus primarily affecting 3-year-old black crappie caused the kill.  The kill on DuBay has been widespread and has covered many areas of the water with concentrations of dead fish along Seagull Drive and areas to the south. Source

MORIAH, N.Y. — Crews are cleaning up the thousands of dead fish that have washed up along Lake Champlain’s New York shoreline, including a stretch where public campgrounds and beaches are being prepared for opening this spring.

Lakeside residents in Vermont began reporting thousands of dead alewives showing up along the shore earlier this month. Vermont fisheries biologists say alewives, a species not native to the lake, are sensitive to frigid temperatures and likely died off during the winter. Source

DeKALB | The smell of dead fish has recently filled the air by the East Lagoon with many washed up on shore.

Mike Saari, director of the NIU physical plant, said the main cause of this is when a body of water, such as the lagoon, thaws out during the spring. This temperature change makes the water turbulent, moving the water from colder to warmer.

“The warm water comes to the surface and the cold water is almost like a temperature inversion,” Saari said. “That action stirs up a lot of organic material at the bottom of the lagoon and you get concentrations of algae, which makes the oxygen in the water.” Source

Grim haul on the bay: 3 tons of dead fish

As the saying goes, if at first you don’t succeed, try, try again.

A team from the Department of Natural Resources headed out into the Chesapeake Bay on Tuesday to finish a job it first tried on Monday – hauling in hundreds of yards of illegal fish nets bursting with dead, rotting rockfish.

It took four hours for the crew of the M/V A.V. Sandusky to haul in 1,400 yards of gill nets submerged in the bay between Tilghman Island and North Beach.

As the Sandusky pulled into the dock at the DNR’s Matapeake facility on Kent Island, the stench of rotting fish was overwhelming. Flies buzzed around a Dumpster full of fish and a big pile on the deck. Source

Thousands of dead fish in a Mich. river

Thousands of dead fish float along the shoreline of a river near the town of River Rouge, Mich. Residents say the stench is “unbearable.” CBSNews.com’s Nick Dietz reports. Source

Residents of the Champlain Islands and the lakeshore near St. Albans have reported large numbers of dead alewives washing up on the shoreline.

“It’s pretty disgusting. They are coating the shoreline, and the water’s so high the waves wash the fish up into the yard,” said Joy Kipp, who lives on the Maquam Shore in St. Albans.

The fish — recent nonnative invaders of Lake Champlain — are sensitive to cold water. The thousands of dead alewives floating in the water and washing up on shore likely died during the winter, state fisheries biologist Bernie Pientka said.

“We’ve gotten numerous calls in the last week and a half,” he said. “Whichever way the wind blows, they wash up on that shore. The whole length of the (Sandbar) causeway was a strip of dead fish.” Source

PANAJI: The stench from dead fish on the Calangute-Candolim beach stretch affected business, say beach shack owners, who now heave a sigh of relief that the mess has been cleared up.

The Calangute-Candolim beach stretch wore a cleaner look on Saturday. However, tar balls began to surface on the same stretch by late evening.

Several theories had been put forward, including of fishing boats offloading their catch into the sea. Tourism director Swapnil Naik said that he had instructed the beach cleaning contractor to deploy additional workers to clean the beach. The cleaning work began in the morning, and had to be discontinued during the noon and the entire area was cleared of the fish by 3.30pm on Friday itself, he said. Source

MADISON, Miss. — Almost 100 fish were found dead in a pond at Strawberry Patch Park in Madison.Madison Parks Director Vern Booth said agents found a mixture of dead catfish, bass and brim in the pond.He said he was concerned that someone may have put some type of chemical in the lake to kill the fish.A wildlife biologist was called to the scene and said Mother Nature is to blame for the occurrence. Source

PANAJI: Large quantities of dead fish on the sands of Calangute beach on Thursday took the shine of Goa’s most famous tourist spot, but this did not deter tourists from enjoying themselves, even as water sports operators and hawkers went about their daily business.

The dead sardines were apparently deposited at high tide on the beach on Thursday night. “They are scattered for more than a kilometre on Calangute beach,” a fishermen said. Water sports operators and local fishermen said the fishes may have been dumped by some fishing vessel at sea. Source

The long cold winter wasn’t just tough on Minnesotans, it was tough on fish in area lakes.

Minneapolis Park and Recreation Board officials say they’re cleaning up fish at several lakes in the city, which died from a lack of oxygen.

Kanpur, Apr 26 (PTI) A large number of dead fish were found floating in the Ganga at Nawabganj area near here and officials suspect that the river water was poisoned by some fish traders. According to the Pollution Control Board (PCB), the level of oxygen in the water was found to be adequate for fish to survive, raising suspicion that traders could have poisoned the fish so that they could be sold in the market. “We got reports yesterday that thousands of dead fish were floating in Ganga river near Durgapurva. When our team reached the spot, they found that the oxygen level of the water was 7-8 mg per litre, which is sufficient for fish to survive. It becomes difficult for them to survive if the level dips to 2-3 mg,” PCB Regional Officer Radheshyam said. The spot where the fish were found dead in large numbers does not have any inflow of effluents either from tanneries or from domestic users, he said. “Hence, there is no possibility of the fish dying due to pollution,” he added. The officer said water samples collected from the spot have been sent to IIT-Kanpur and Indian Taxological Research Centre, Lucknow, to check if poison was mixed in the water. “Only when we get reports from the laboratory, we will be able to draw a conclusion as to how the fish died,” the official said. Source

Other newer disasters and events are in the minds of many, but it’s important to continue to seek out and continue to SEE the SIGNS.

← US Debt Rating Should Be ‘C’: Independent Agency
Wildfires blaze across parts of Britain after hottest April on record →