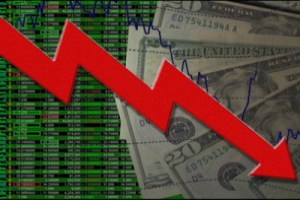 The latest comments from Dallas Federal Reserve President Richard Fisher at the House of Finance in Frankfurt, Germany would have been considered blogosphere doom & gloom and fear mongering just a couple of years ago:

The U.S. debt situation is at a “tipping point,” Dallas Federal Reserve Bank President Richard Fisher said on Tuesday, and urged the U.S. central bank to refrain from any further stimulus measures.

“If we continue down on the path on which the fiscal authorities put us, we will become insolvent. The question is when,” Fisher said in a speech at the University of Frankfurt.

Fisher, seen by economists as one of the most hawkish policymakers within the Fed, said that although debt-cutting measures would be painful, he expected the U.S. to take the necessary actions.

“The short-term negotiations are very important. I look at this as a tipping point.”

He said the U.S. economy was now growing under its own steam, but voiced his concerns about building global inflation pressures and said it was now time for the central bank to stop pumping out extra support.

“The Fed has done enough, if not too much, and we should do no more.. In my opinion no further accommodation is necessary after June either by tapering off the bottom of treasuries or by adding another tranche of purchases outright.”

“The real question is when do we stop accommodation.”

“We need to continue to discuss the exit policy… but before you can tighten you have to stop accommodating,” he said.

Category : Signs in Global Monetary Collapse, Signs in Government, Signs in the Economy