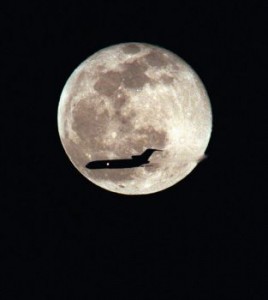 On March 19, the moon will be the closest it has been to the Earth in 18 years. It will also be at its fullest.

This phenomenon, dubbed a “SuperMoon” in the 1970s by astrologer Richard Nolle—describing a new or full moon phase at 90 percent or more of its closest orbit to Earth—has sent chills down the spines of countless Internet surfers across the globe, fears amplified by its uncanny timing on the heels of the recent 8.9-magnitude earthquake and subsequent tsunami (SEE VIDEO BELOW) that has devastated parts of Japan and potentially killed more than 10,000 people in one town alone, according to estimates from one Japanese official cited in multiple media outlets.

Not to mention the three nuclear plants damaged in the massive swell’s wake and teetering on meltdown status as this post is crafted.

The March 19 celestial event is also called a “lunar perigee.” The 100-percent full moon will approach the Earth at a distance of 221,567 miles, as opposed to its average distance of about 239,000 miles, according to the National Aeronautics and Space Administration (NASA).

Stoking the flames across cyberspace are Nolle’s predictions. The “certified professional astrologer,” as his website, astropro.com, tags him, has a remarkably unearthly ability to link terrestrial events—including wars, revolutions, financial upheaval, disruptions in the world’s oil supply chain and natural disasters, to name a few—to extraterrestrial and interplanetary episodes unfolding throughout the heavens.

Nolle’s “March 2011 Forecast” (which advises of many other foreboding cosmic happenings), warns of the March 19 “SuperMoon,” foretelling of a slew of natural disasters brought about by the soon-gigantic lunar satellite.

Is Yahweh in the process of creating dead zones? Making the earth uninhabitable in a step by step process? And, are underground mining operations risking the lives of miners as the earth continues to shift and crack across the globe, making future cave in’s more than just a possible threat?

This and more is on the horizon. The earth itself is now the biggest threat to all life on this planet.

Looking at mankind, knowing it is out of harmony, how can anyone expect the home they live upon to be within harmony? The misuse of this planet’s resources by mankind, and the total disregard for it being a natural recycling creation, and the involvement of the LOZ to rectify creation through the use of violence, it all adds doom to its inhabitants – including the animal kingdom, sea life, and insect populations. Yahweh is performing a two-fold process. She is cleansing the earth, and She is altering it in preparation for making it the jewel it once was. Yahweh’s land (She owns everything in creation) has become polluted, and Her temple of worship has become defiled with falsehoods. A pattern was set long ago:

2 Chronicles 34:8 “[ Josiah’s Repair of the Temple ] In the eighteenth year of his reign, in order to cleanse the land and the temple, Josiah sent Shaphan son of Azaliah, along with Maaseiah the governor of the city and the recorder Joah son of Joahaz, to repair the temple of the LORD his God.”

First Yahweh CLEANSES. Then She repairs what is wrong by making it conform to Her LAWS that bring harmony to the land ( the earth) and all of creation as a whole. But, is Yahweh justified in taking action against Her creation and thereby killing whatever stands in Her way of bringing things back into harmony?

Proverbs 20:30 “Lashes and wounds purge away evil, and beatings cleanse the innermost parts.”

← YouTube helping with search for missing in Japan
Video: Another “Apocalypse Ghost Horse And Rider” Seen In Japan →