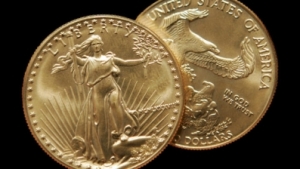 It’s been nearly 80 years since the U.S. stopped using gold coins as legal currency, and nearly 40 since the world abandoned the gold standard, but the precious metal could be making a comeback in the United States — beginning in Utah.

The Utah House was to vote as early as Thursday on legislation that would recognize gold and silver coins issued by the federal government as legal currency in the state. The coins would not replace the current paper currency but would be used and accepted voluntarily as an alternative.

The legislation, which has 12 co-sponsors, would let Utahans pay their taxes with gold and also calls for a committee to study alternative currencies for the state. It would also exempt the sale of gold from the state capital gains tax.

The bill cleared a state legislative committee on Wednesday, the first of 11 similar bills in statehouses across the country to do so. If the bill clears the House, it would have to pass the Senate before the governor could sign it into law.

← Why the Dollar’s Reign Is Near an End
US Has Weapons To Fight UFOs and ET, Says Former Canadian Defense Chief, Plus An Even Bigger Secret →