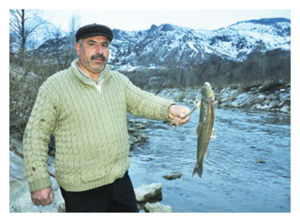 Sudden and unexplained mass fish deaths in the Black Sea region of Turkey have local residents worried about the safety of their water supply and calling on officials to solve the mystery.

“However, when we realized the number of dead fish had risen, we urgently informed the officials. There were fish for two kilometers along the shore, which worried us. We are using the stream’s water in our agricultural activities,” İnce said, according to the Doğan news agency, or DHA. He added that the villagers have urged officials to investigate immediately.